This is a bicycle of famous Vietnamese brand “Thống Nhất” (in the 70s of 20th Century). During the period of governmental subsidy, such thing used to be a fortune for any Vietnamese family at that time (worth around 1.2 ounce of gold). As a result, the government had required each owner to register and update the situation/location of their bicycle for regular supervision. 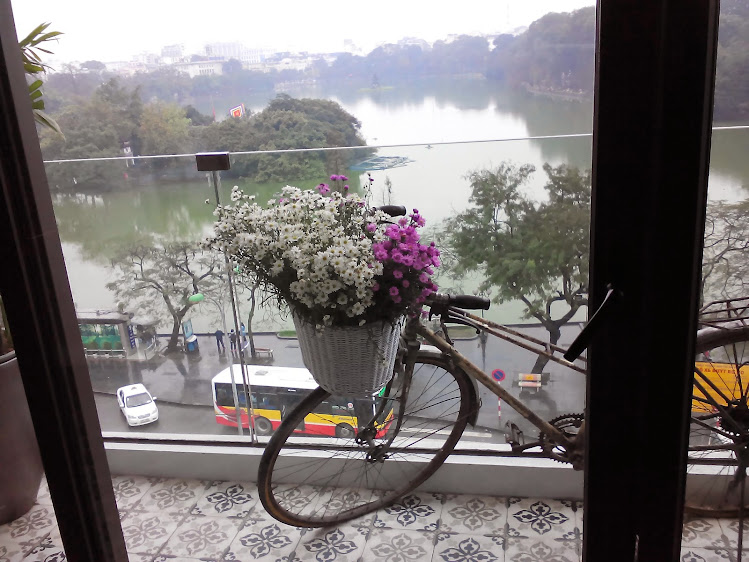 This bicycle used to belong to the defunct grand-father of the investor. It reminds him a lot of his childhood and his grandpa, who used to carry his grandson to school with his old bicycle. 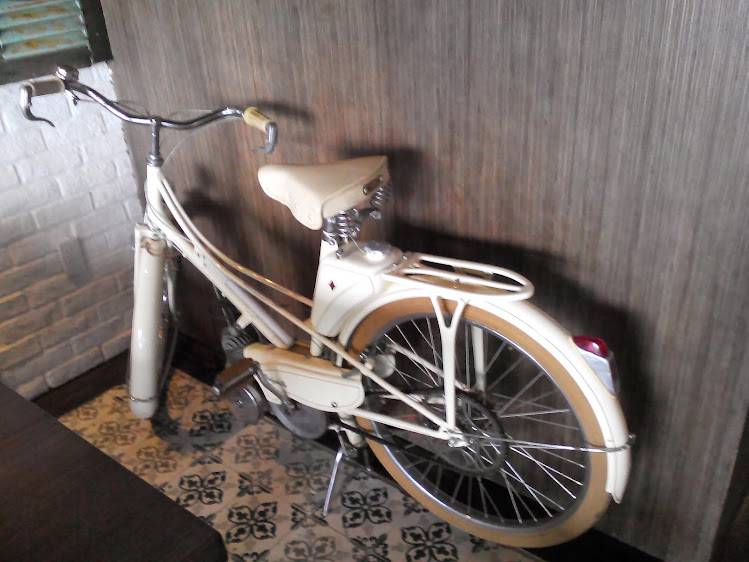 The pottery village of Bat Trang was fist renowned in the 15th Century under King Tran’s reign with its own speciality “ivory-like enamel, crackleware”. In praise of the skills from Bát Tràng artisans, there was a pair of parallel sentences: From “Bạch Bát”, through the skills, mud turns into precious. Firing stove, through tempering, earth turns into gold.

Western oil lamp (or American oil lamp) was presented to Vietnam by the end of 19th Century – beginning of 20th Century – by the American oil company – Shell. These days, in the remote area where people haven’t been provided with electricity. 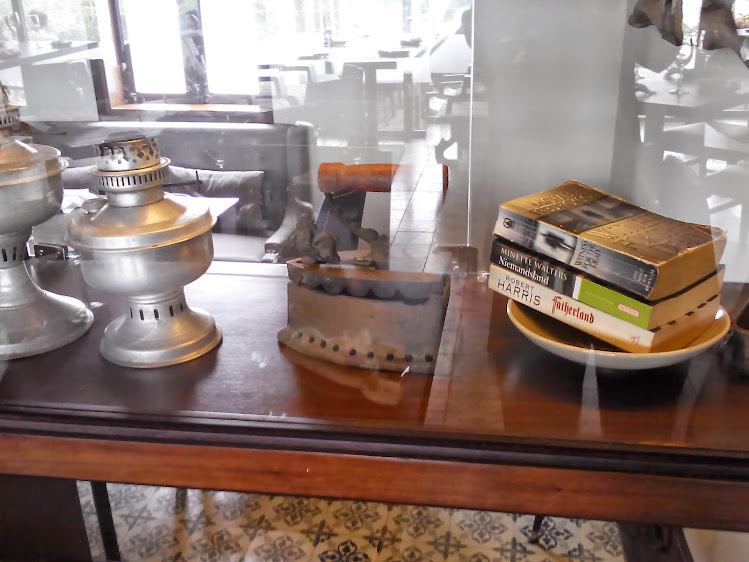 During the period of governmental subsidy, there was an assumption that only rich people can own a coal iron. Such priceless utensil was utilized day and night; especially at the time Chinese New Year is closed by, it was shared among several families to help ironing the most beautiful clothes for Tet.

Before and up to the period of governmental subsidy, updating the news or listening to music through a radio is indispensable spiritual activity for so many people. To own a radio, one has to spend a few ounces of gold and so it usually appears only in wealthy families, the household business or government officials.

Butterfly Sewing Machine originated from China. During the 70s of the 19th century, it appeared only in wealthy families and was the " dowry " dream of all girls who prepared to get marriage. At that time , only this machine had reverse gear. Therefore, it was famous for possessing superior technologies Vietnam than any other sewing machines.

Originated in France, the Calor fan was introduced to Vietnam under French occupation (the 30s of 19th century). Only the rich people and the one who is working for French Government can buy it. After the August Revolution, the Vietnamese people still kept them for utilizing.