With nearly 8,000 festivals of different kinds, Vietnam is known as a country of festivals. Besides the spiritual significance of the original source, festivals are a chance for people to become closer and create a strong attachment to one another through community activities.

For the Vietnamese people, spring is the season of festivals. Annually, after Tet (the lunar New Year festival), festivals are held in all regions of the country, from mountainous and rural areas to modern cities, lasting until the end of March of the lunar calendar. 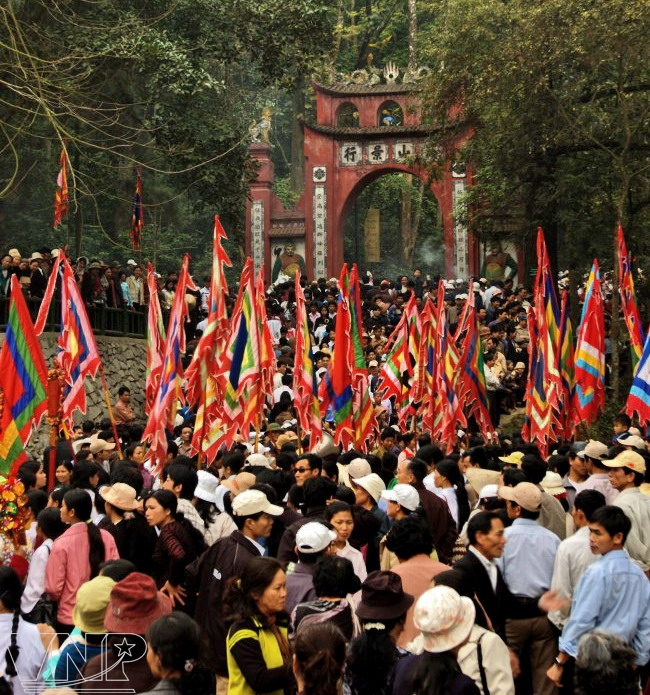 Dong Da mound festival takes place every year on the 5th of the first lunar month to reflect the decisive victory in a battle led by King Quang Trung against foreign invaders. The festival procession starts from Khuong Thuong communal house to Dong Da mound. The Dong Quang pagoda nearby is the venue for ceremonies to pray for the soul of the former soldiers who sacrified themselves in the battle. During the festival there are many traditional games such as dragon and lion dance, wrestling, chess, cock fighting....

Huong pagoda festival holds annually and lasts for three months, from the 6th day of the first Lunar month to the 6th day of the third lunar month. Taking place in Huong Son Commune, My Duc district, Ha Noi, Huong Pagoda Festival is one of the biggest and the longest festivals in the country. 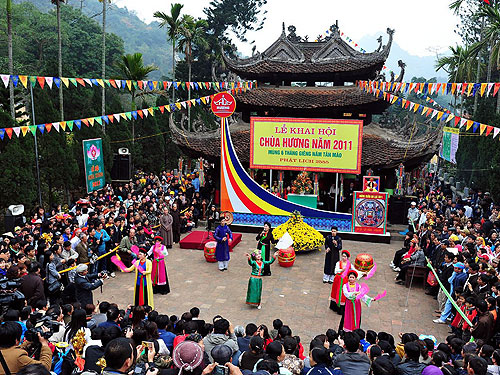 Yen Tu is considered as a Buddhist center in Vietnam and its festival each year attracts hundreds of thousands of pilgrims. Yen Tu Festival commences annually on the 10th day of the first lunar month and lasts for three months. During the festival, tens of thousands of pilgrims begin their journey from Yen Tu mountain foot in early morning to the uppermost shrine (Dong Pagoda) on top of the mountain.

With nearly 8,000 festivals, particularly those festivals held in the spring, Vietnam deserves to be called the country of festivals. It is not only a precious cultural treasure of the Vietnamese people but also has a great attraction to those who want to learn about the culture and customs of Vietnam.